I first visited Amman in the winter of 1980.  It was cold, wet and windy and the capital’s 500,000 inhabitants retreated behind the stark concrete walls of their houses and apartments that stretched over the hills surrounding the city. It was relatively small compared with bustling Cairo or Damascus and appeared to have little of their charm, intimate architecture or extensive historical heritage. There were just two international hotels, the Intercontinental and the Holiday Inn, and these were packed with consultants, businessmen and the occasional traveller.

Returning there in 2010, I was shocked by the scale and density of the city with its population now standing at over 2.4 million – almost half that of Jordan.  High-rise tower blocks dominate the horizon, a testimony to Amman’s new status as one of the Middle East’s major business and financial centres; luxury hotels such as the Four Seasons, the Royal, the Meridien and of course the Intercontinental illuminate the night skies; and mile after mile of apartments and housing blocks sprawl over every inch of the hillsides. Urbanisation has been on a massive scale with the car being the dominant and all consuming mode of transport. Yet, scratch beneath the surface of this urban sprawl and you will find wonderful pockets of the ancient civilisation that once prospered here and a society that is warm, welcoming and proud of its heritage and newfound wealth and status.

Rebuilt by Ptolomey II (283-246 BC) and renamed Philadelphia, the city became one of the key centres of the Decapolis, the 10 Graeco-Roman cities in the region before succumbing to the Arab conquest and reverting to its early Semitic name, Ammon. It remained a powerful cornerstone of the Umayyad dynasty until the centre of the Islamic world was moved from Damascus to Baghdad in the 8th century under the Abbasids. After that its decline was rapid and by the 15th century it was practically abandoned and in ruins. Some sign of re-emergence took place in the 19th century when the Ottoman Turks settled the Circassians here, but its resurrection only really began after 1921 when Amman once again became the capital. Layer after layer of civilisations, therefore, lie beneath the concrete and tarmac of the new metropolis, and the ardent traveller does not have to travel far to unravel its secrets.

A good starting point is the Citadel, perched high over the city. Here in the Jordan Archaeological Museum are numerous artifacts showing Jordan’s past, the most important of these are the Dead Sea Scrolls, which were found on the Western shore of the Dead Sea in 1952. Just across from the museum is the Roman Temple of Hercules, dedicated to the co-emperors Marcus Aurelius and Lucius Verus and, behind it, a raised platform providing panoramic views of the downtown area and the amphitheatre below. If you are lucky, you will just be able to see the black and white Abu Darwish Mosque on the hilltop behind Jabal Ashrafiya, built by an eminent Circassian in 1961. Just near the museum is the site of a small Byzantine church. Beyond it are the Umayyad Palace and the remains of an Umayyad city with the Great Audience Hall covered with a recently restored wooden dome.

Returning to the downtown area, the Roman Theatre, cut into the hillside, provides an insight into the importance of this city and is one of the best preserved monuments in Amman. Seating over 6,000 people and built in the reign of Antonius Pius (AD 138-61), it is still used for concerts to this day and on warm, summer evenings can evoke the mood and atmosphere of a by-gone age. Nearby are two museums, the Jordan Folklore Museum and the Jordan Museum of Popular Tradition. Both are worth a visit to learn about the differing cultures of the country and its diverse folk traditions.

However, if you really want to see the hub of modern Amman and the place where people throng at the weekends, then head towards Jabal Amman and Rainbow Street at the First Circle. Here the streets are filled with cafés packed with young and old who have come to smoke the argeelah, drink coffee, play taowleh (backgammon) or just chat. At the end of Rainbow Street, to the right is the famous Books@Cafe, which was the first internet café in Amman and a place where young Jordanians go to avoid traditional conventions and indulge in Western food, watch films or browse the extensive bookshop on the ground floor. If on the other hand, you want something a little more up market, then try Abdoun on the outskirts of the city at Fourth Circle with their exclusive Café de Paris and Café Makka. This is the suburb of the rich and famous, and million dollar houses line high-security tree-lined streets. 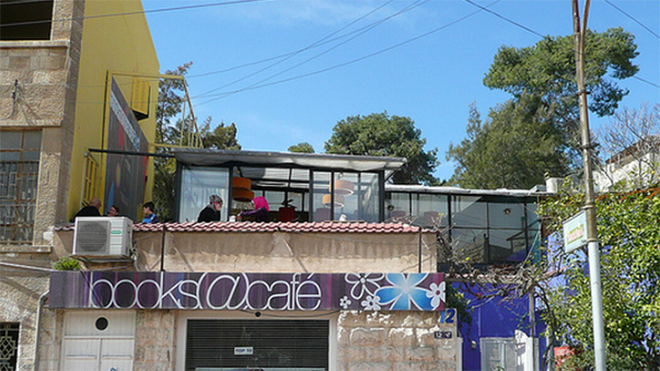 Amman may appear somewhat cold and austere from a distance, a far cry from the intimacy of neighbouring capitals. Delve a little deeper, however, and you will find a city where the old and the new come together in a vibrant and flourishing environment. Stay a while and you will soon discover its hidden secrets.

This article originally appeared on viator.com.